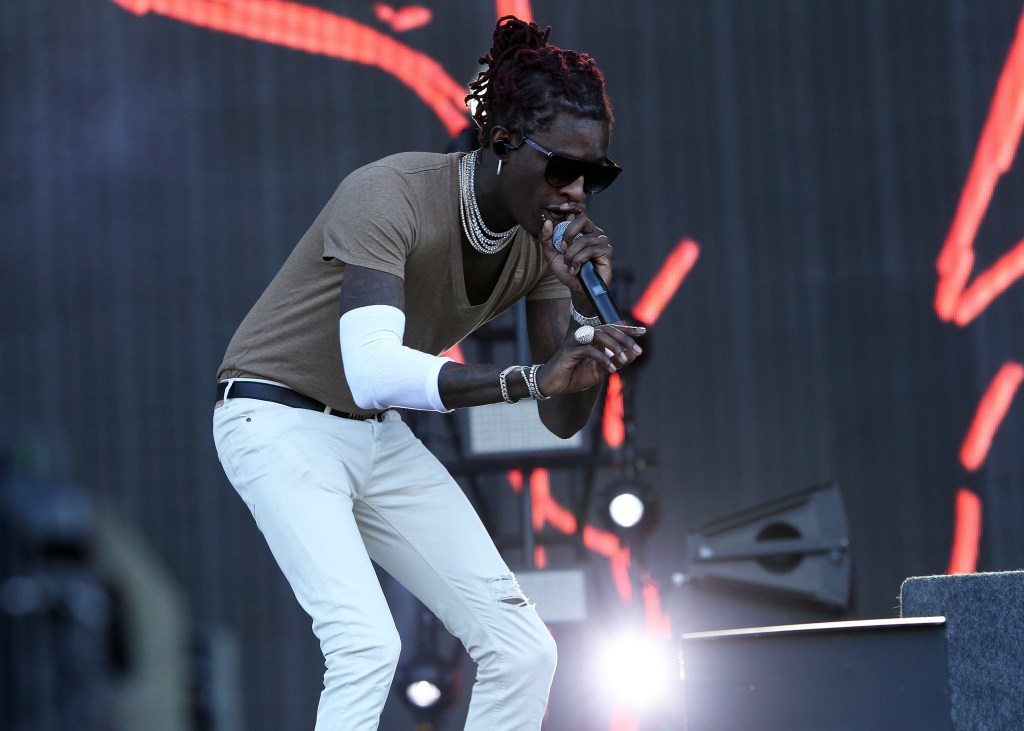 Young Thug was talking with Gillie Da Kid on the latter’s ‎Million Dollaz Worth Of Game podcast and the Atlanta rapper proceeded to jump out the window, figuratively. While bragging that he had 30 songs that would make the crowd go crazy at his shows in arenas, he then proceeded to add that “Jay-Z ain’t got 30 songs like that.”

We’re dropping the video of episode 93 with Young Thug at 7:30 tonight.

Now Thugger said that with the utmost confidence. But the look on Gillie’s face said it all. But to be clear, the Philly rapper turned host also diplomatically added, “He got a lot, though.”

The tone, or maybe his thoughts catching up with what he just said, led Thug to walk back that wild statement instantaneously.

“I’m just saying like, I know he do, he probably got 50 of them b*tch,” said Thug, now in full retreat mode. “I”m not literally saying him. I’m saying n*ggas who you thinking…”

Right. The subject then changed to how much Thug gets for a show and he claimed a million, and that’s actually down on his price due to the pandemic. Okay. Could be some capping going on—we’ll wait on the receipts—but will give him credit for at least try to clean up that Jay-Z ain’t got 30 songs idea right way.

Just so we’re clear, Jay-Z has had entire concerts that were rocking off the strength of his b-sides and album cuts that easily could be translated to arenas. Then when you get to his mainstream hits, forget about it.

Peep some reactions to Young Thugs flub below.

Y’all not about to sit up here and lie talking about Thug got more hits that Jay. I like Thug but we don’t gotta lie

Young Thug’s biggest downfall will be how he speaks on legends in the culture.

Love Young Thug to death but if somebody ever said that then they must be a YSL employee or a family member. https://t.co/Os1IN6O2h3

The TL is whilin way too much.