The Miami music scene has suffered several losses due to gun violence and they are mourning the death of yet another rapper after a tragedy occurred earlier this week. Miami-Dade police are reportedly on the hunt for an assailant who opened fire on rapper Baby Cino, real name Timothy Starks. Cino was an aspiring rapper with dreams of being the next big artist to make it in the Florida Hip Hop scene, but sadly, reports stated he was gunned down just minutes after he was released from jail.

According to PEOPLE, 20-year-old Cino exited the Turner Guilford Knight Correctional Center where he had been locked up for 24 hours after being tapped for a gun charge.

He hadn’t even taken off his inmate wristband when his ride, 20-year-old friend Dante Banks, pulled up in a red Nissan. As the car reportedly made its way onto the Palmetto Expressway, it slowed due to rush hour traffic. However, within minutes of being on the road, a shooter in another vehicle appeared and was said to have unleashed at least 40 shots at the Nissan.

“The Nissan hit a wall on the ramp, and Starks suffered several gunshot wounds, including one to his head,” PEOPLE reported, adding that the driver was also hit. He was rushed to the hospital after taking a bullet to the abdomen and survived his injuries. His mother told WSVN News that she was on the phone with her son when shots rang out.

Police reportedly stated that the shooter’s vehicle is described as “dark-colored.” Authorities are determining whether or not “the shooting is connected to previous incidents with a possible link to street gangs.”

“If you observed the shooting taking place or if you recall any bit of detail, no matter how minor it is, please call our Crime Stoppers tip line with your information, and remember, you can remain anonymous,” said Miami-Dade Police detective Angel Rodriguez. “Detectives are looking at every motive or every bit of information based on the evidence they have here at the scene.”

We offer our sincerest condolences to Baby Cino’s loved ones during this difficult time. Check out a few posts from the late aspiring rapper below.

Mary J. Blige Says She Doesn’t Want The Stress Of Having Kids 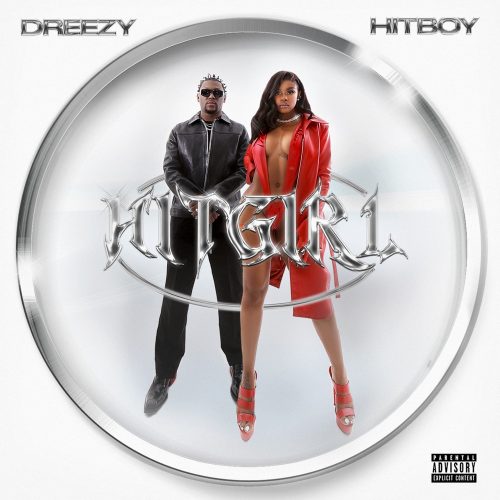 Dreezy and Hit-Boy have dropped off their joint project HITGIRL. It contains 10 songs and features from Future, Jeremih, Coi Leray and Ink.

Listen to the full project below: