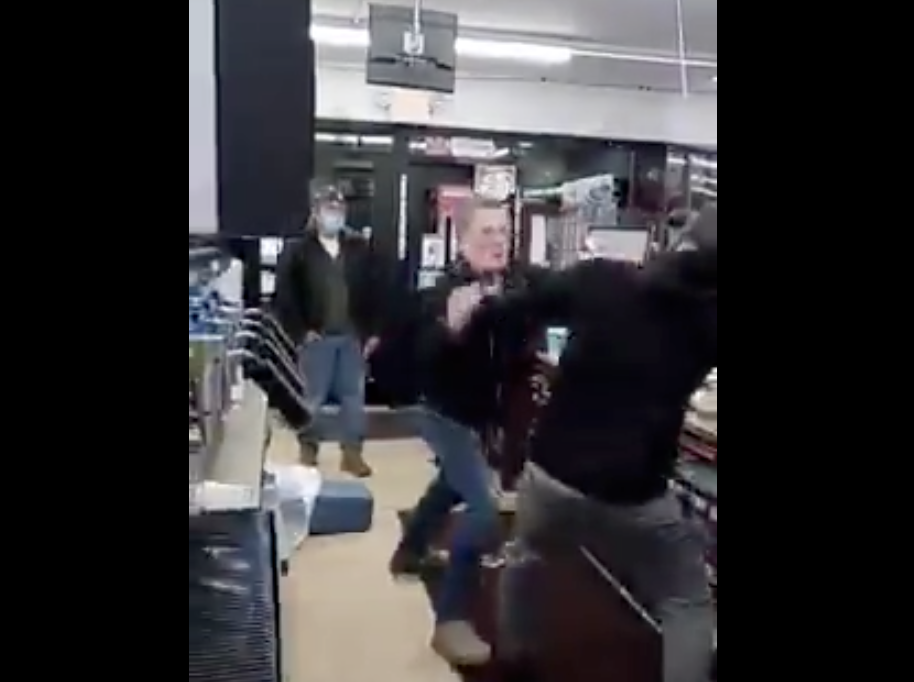 Racists always deserve a proper fade. A white guy refused to stop saying the N-word while he was checking out at a convenience store, which led to him catching a tall can fade via the man of color who gave him plenty of outs to avoid a beatdown.

Video of the incident made it online (see above), and it’s a winner.

A tall slim white dude is seen adamantly refusing to stop saying the N-word to a man who looks like he is Latino.

“I’m a say n*gga all day. All every day,” says the maskless, broke Doogie Howser lookalike. “Are you kidding me? Where are from from, n*gga?”

Notable is before he says this, he tells the man, “I’m not trying to disrespect you,” after saying that he only lives a couple of blocks away. That doesn’t make his n-word comfort feasible, but okay.

What followed was more N-word dropping from Whitey Howser, who had the audacity to call the man he was arguing with a clown. This is when we see the imminent fade deliverer pick up a can, which we’re going to say was an Arizona for the sake of storytelling.

“What you going to smack me with that?,” says Wonder Wigger, all but begging for the smoke. Our hero is still showing much control, and fumbles the can. The N-word slinger kicks at the can, and missed, while it was being picked up—and we’re going to chalk up everything that followed up as self-defense.

Our masked hero proceeds to smack the racist across the face with can, its contents spraying everywhere. Falling back and clearly dazed, Punch Drunk Doogie tries to put up his hands for action. Instead, he gets yoked up, tossed to the floor and blessed with five punches to his dome.

N-word Slinger is then heard meekly saying “Okay, okay” after being yelled at, “Call me another n*gger?!”

He damn sure didn’t.

A couple of other things worth noting. One, the woman who recorded the fade saying “Ooooh…yeah you got yours buddy,” is hilarious. Two, shortly after catching the can to the dome, you hear a doorbell chime like it was an announcement. The jokes always write themselves.

The lady recording after he said the N word again pic.twitter.com/zYdXlIscQY 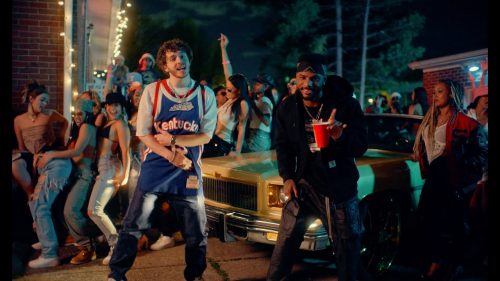