Future may have made a tongue-in-cheek song about giving out “Scholarships” at the strip club with Drake, but it looks like now he’ll be doing so for real while on tour with Meek Mill. As the Legendary Nights tour kicked off, Future announced that he’d offer a $2000 scholarship to a fan at each tour stop through his FreeWishes Foundation, along with free tickets and limited edition apparel.

To enter, aspiring candidates must write a 500-word essay, “How Receiving This Scholarship Would Be a Dream Come True,” and email it to info@freewishes.org while following the FreeWishes Foundation Instagram account by noon on the day of their local stop. They must also be an active student in that city.

The rules are reproduced below, directly from the foundation website:

Enter to win a $2,000 scholarship, 2 tickets to the Legendary Nights Tour, and an exclusive “I am a Dreamer” sweatshirt

To enter, you must meet the following requirements:

2. Email your 500 word essay to info@freewishes.org and tell “How Receiving This Scholarship Would Be

3. Complete the above steps by noon the day before the Legendary Nights Tour stop in your city

4. Cross your fingers and DREAM big!

The winner will be annonced via email and text.

Deadline is 12noon the day before the actual show.

Must be an active college student in the same city. 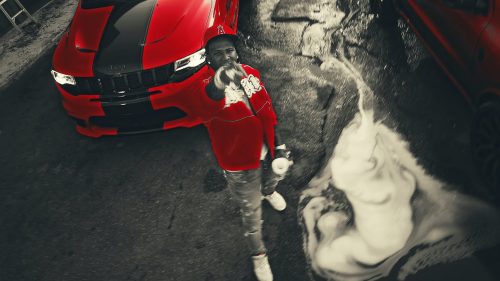 Many of these names will be familiar as a certain Canadian superstar named his album after his astrological sign. A hitmaker from St. Louis also is part of this hallowed group, and New York’s number one “Bad Boy” is also a part of the Scorpio massive. A couple of struggle rappers are also Scorpios, but we won’t be listing them for all the reasons you can imagine.

Thinkin’ that you Satan when I’m the rhymin’ abomination!

The hit-making St. Lunatic himself.

From Philly to across the Pond.

Rest In PEACE to the God, Ason Unique!

The master of slang is still, ahem, slangin’ but it’s all legal.

The Run-D.M.C. legend is still out here living his best life.

One of Brooklyn’s finest.

Salute to the Freebandz honcho!

One of the best live performers in the game.

After backlash over its portrayal of Black women, J Balvin’s music video for “Perra” disappeared from YouTube.

The music video for J Balvin featuring Tokischa called “Perra” is receiving criticism from feminists who claim it perpetuates “misogynoir” by showing the Colombian singer, 36, walking with two Black women on leashes and posing inside a dog house. There are lyrics in the song about dogs in heat.

Misogyny and the word noir are combined here to form the word misogynoir, a word that connotes the specific denigrating treatment affecting only people who are both black and female.

He debuted at No. 1 on Billboard’s Top Latin Albums chart for the fourth time with José, from his latest album. Raymi Paulus directed the music video.

According to the Los Angeles Times and Billboard, the video for “Perra” was removed from Balvin’s official YouTube channel over the weekend without explanation. There is still an audio-only version of the track available to stream on the platform. YouTube may have taken down the video or Balvin’s team may have done so.

The Only Women walked on All four’s by Dog Leashes in the Music Video Were Black: Racially Motivated?

People reached out to YouTube for comments, but no one responded immediately. Neither Balvin nor YouTube responded.

Marta Lucia Ramirez, Colombia’s Vice President, said in an open letter (translated to English) that the song “Perra” contains “direct and openly sexist, racist, machista and misogynistic expressions that violate the rights of women, comparing them to an animal that must be dominated and mistreated,” as reported by Billboard.

Is This an Imitation of Snoop Dogg?

These images are reminiscent of Snopp Doggy Dogg walking black women down an award’s show’s red carpet on leashes. With the word dog in his name, his entire persona seems to justify this considering his name and image is that of a dog as opposed to J Balvin who’s the depiction of black women is evidently more of a reach than that of Snoop Doggy Dogg, a black man who calls himself a dog, depicts himself as a dog, thus referring to his female counterparts as dogs.