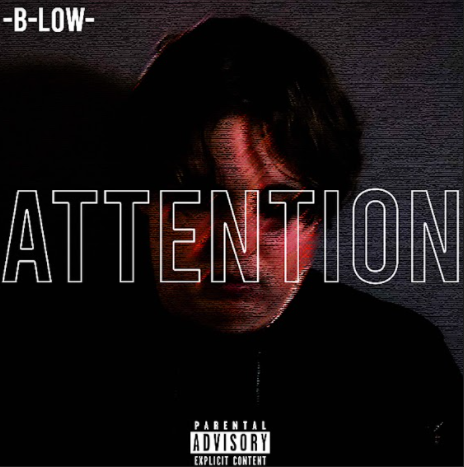 In this new entry in our ‘Diamonds In The Rough’ category, we want to introduce you to upcoming artist B-Low and his brand new single titled “Attention”.

“Attention” touches on the often forgotten feeling of loneliness that you experience during love and even after in the heartbreak. It also explores how in getting used to that feeling of loneliness, you grow to believe that you deserve it. This makes you miss out on the opportunity of real love because you are still carrying the mindset that you had during that previous toxic relationship.

When talking about the track B-Low says, “I believe the message I’m trying to leave on this track is not to get too close to someone who has no feelings and or empathy towards you as a person. For too long people have been self obsessed with things that they can’t control and I believe that people need to take advantage of more important things in their life and try to shape their life around the positive things in life. Remembering the good times you had with that one person is important as it can make the hard times look so much brighter. Don’t get caught up in that one toxic relationship and go out there and find the one that’s right for you.”

B-Low is an Australian artist based in Sydney, whose music is inspired by the streets of LA. His first two singles, ‘Wasted’ and ‘Feelings’ surpased more than 90,000 streams on Spotify, with continued growth throughout the year. Both songs were produced by Ganesh Singaram who has worked with Grammy Award winning artists such as Kanye West and Pharrel Williams.

The beginning of his music career started at high school where he fell in love with writing songs. A lot of his passion for music started in the music room where he learnt how to combine sounds and melodies. His first experience at a live show was ‘Bruno Mars 24k Magic World tour’ where he realised how much he wanted to become a singer songwriter, from then he started to pull apart the world of funk music. His biggest musical inspirations are Bruno Mars, The Chainsmokers, The Weeknd and The Kid Laroi, a combination of which has influenced B-Low’s distinctive sound.

Netflix Employees are Planning a walkout Over Dave Chappelle Special

Ghost Face Killer Returns (Not That One) In Trailer for ‘Scream 5’ | The Latest Hip-Hop News, Music and Media

We site down with one of LA’s top underground artists and KushLife’s very own Prodak Pistolas aka Baby Huey. Hosted by Cthree.

Last week Big Sean and Hit-Boy dropped by 106 Power in which they partook in a 9 minute freestyle session on the LA Leakers show, and now the two have dropped a new cut and clip for the heads.

Linking up for the visuals to “What A Life,” Sean and Hit find themselves playing multiple roles across America including Sean apparently taking on the mantle of being the Candyman. Wait, huh?! Do we say Big Sean five times in the mirror or Candyman? Just askin.’

Elsewhere Moneybagg Yo reminds us that he likes to show off his baller status and for his Lil Durk and EST Gee assisted visuals to “Switches & Dracs” Yo dons buckets of frozen water on his person as his guests flaunt stacks of cash and exotic automobiles.

Check out the rest of today’s drops including some joints you might’ve missed over the weekend including work from Lil Tjay featuring Fivio Foreign and Kay Flock, Aminé, and more.

Snoh Aalegra and Tyler, The Creator have premiered the official video for their collaboration “NEON PEACH”.

This song is taken from Snoh’s latest album .

$tupid Young – All This Pain (UNRELEASED)